You are here: Home / Profile / High Level Advisory Board / John Kao (US) 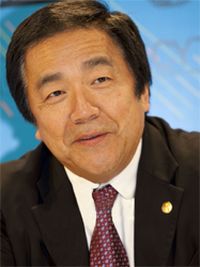