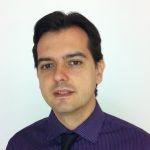 Formerly he worked for the World Bank on projects on innovation and competitiveness in services promotion for Latin America (2014-2015). He was Director of Analysis and Outlook at Fundación Centro Superior para la Enseñanza Virtual (CSEV) (2011-2014) and Advisor for the State Secretary for Telecommunications and the Information Society (SSTIS) in Spain (2008-2010). During 2002-2008 he worked in strategic/economic consultancy firms.

He holds a strong publication/research background in the fields of economic analysis, innovation in services (particularly the education sector) and Information and Communications Technologies (ICTs) and their impacts.