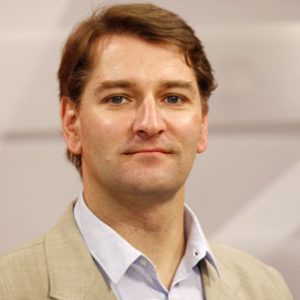 Manuel de la Rocha Vázquez was born in Madrid in 1972. Currently, he works as Financial Advice Deputy Director in ‘ICEX Exportaciones e Inversión’. Master´s degree in Business Management from Universidad Autónoma de Madrid (1995), Master in Iberoamerican Higher Education form Universidad Complutense de Madrid (1996) and Master in Economic Policy from the Columbia University in New York (2000). Manuel has worked for several international organisations, like the European Commission and the African Development Bank or the World Bank, among others in the office of Nairobi, Kenya. Between 2007 and 2010 he was adviser of the Development Policy Director of Foreign Affairs Ministry of Spain. Later on, he was adviser of Agencia Española de Cooperación Internacional para el Desarrollo (AECID) and he worked as Senior Financial Analist in ‘España Expansión Exterior’. In 2014 he went into politics and was named Secretary of Economics of PSOE, position that held until October 2016. He regularly cooperate with the ‘Fundación Alternativas’ and with Universidad Internacional de la Rioja (UNIR) and is founding member of Asociación de Economistas Frente a la Crisis. Manuel has published numerous articles and reports about economy and international commerce, global governance, development policies or the euro crisis.